Founded in 1626, Salem is best known for its witches and their trials in 1692 resulting in twenty executions-all innocent lives. The city breathes mystery-extremely old houses, skinny-looking alleys, ancient trees and parks, numerous houses and businesses which were built at least 300 years ago, Victorian-Gothic churches, and witchcraft stores. We spent a couple days in Salem (sleeping at a park) so we got to do/see many things!

Salem Witch Museum-probably one of my favorite things about Salem is its history and everyone knows about the “Witches of Salem”, but actually the town was famous for having the most popular port in New England. Nevertheless, ports are quite dull compared to witches; thus, please, visit the Witch Museum, it´s great! A beautiful church now hosts the museum, and if you like history, you´ll certainly enjoy your visit(: Unfortunately, all of the twenty people who were killed-mostly by neighbor´s accusations and the few girls who had actually started to practice small spells and potions, which led to them being possessed-were innocent, and the inquisition that was happening in Europe (millions of people were being killed for being “witches”) swayed America to start their own witch hunt. Still nowadays, people who practice Wicca come to Salem in sacred days of their calendar

Salem Pirate Museum-again, if you enjoy history the pirate museum is a great place to visit. Not as great as the witch museum, but still very informative. The tour is about twenty-five minutes long and talks about the pirates of New England.

Salem Port-if I´m not mistaken, the waterfront is part of a park, so tours are available-most of the houses of that area are 17th century edifices. 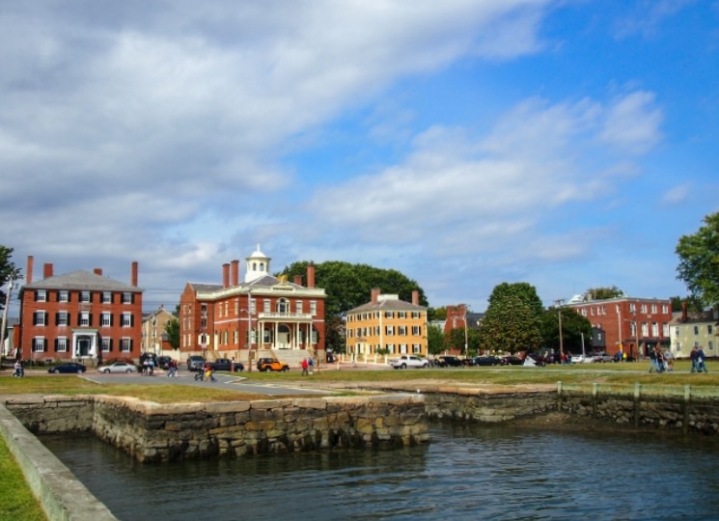 A MUST-GO when in Massachusetts! Cambridge is simply beautiful-numerous historical buildings, brick houses, luxurious mansions, picturesque cafes and restaurants, spacious parks, dotted sidewalks with information about historical sites, ancient churches, and of course Harvard´s and MIT´s Campuses. There´s so much going on in Cambridge that´s quite hard to put everything into words, but many places such as Harvard Square seem to have come straight out of a Harry Potter´s movie-uneven buildings, old edifices, cafes and cheap restaurants, and hundreds of people walking around in Harvard’s colors-but the old architecture contrasts with the dapper-looking new buildings.

The best thing to do is to park your car, or RV, somewhere and walk around Cambridge-best option ever. There are so many charming neighborhoods right outside of Harvard´s Square, which can only be really appreciated if they are seen closely, and many historical sites such as the Longfellow National Historic Site are just randomly spotted.

Longfellow Mansion-The Longfellow´s House is one piece of history. It was built by a man who had businesses in Jamaica, a slave owner, and his loyalty stood in the British side; therefore, during the Revolution he fled from America leaving an empty mansion behind (he intended to come back someday, so lots of personal objects were left behind). The house served as George Washington´s headquarters for nine months; eventually, it was inhabited by Henry Wadsworth Longfellow and his family. 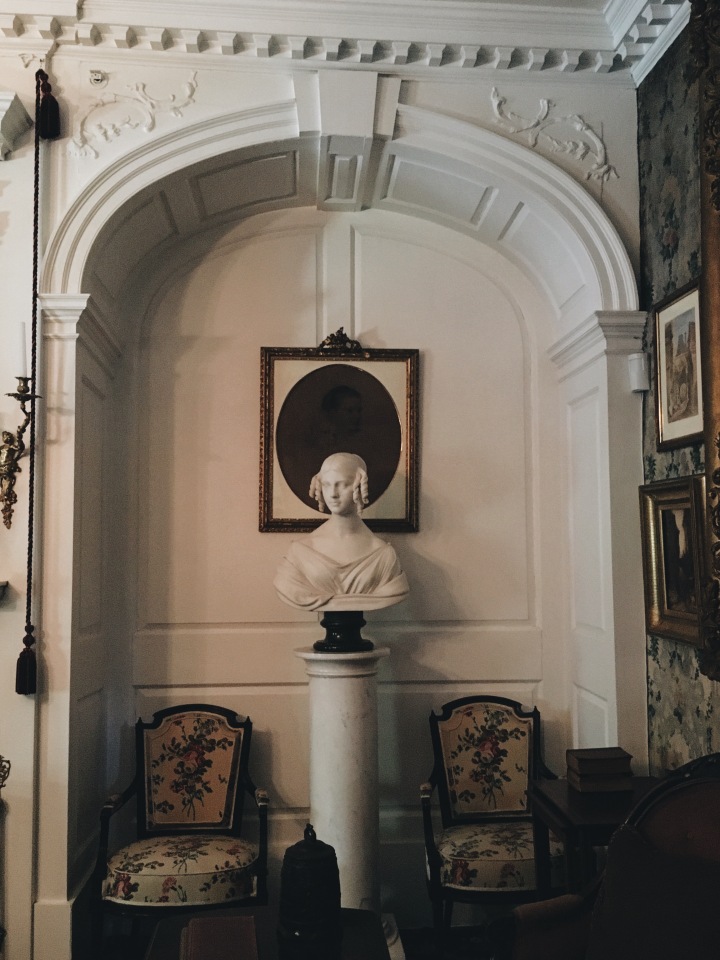 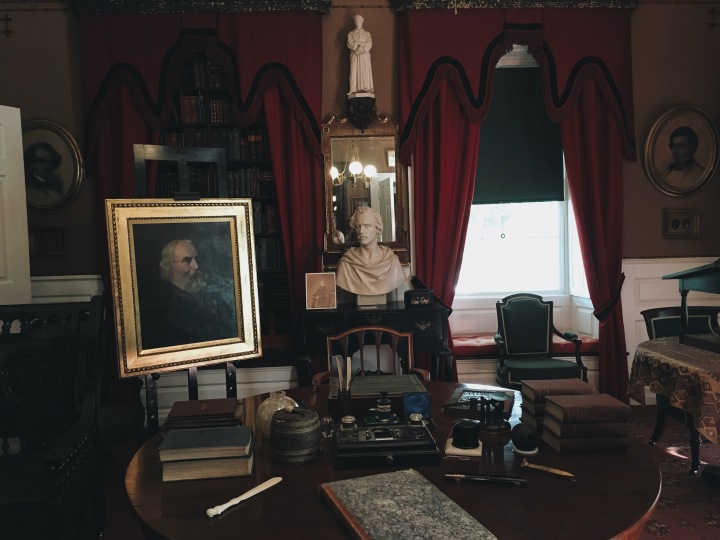 They offer a tour, which is amazing, so I highly recommend visiting the mansion.

Harvard University-Another tour I recommend doing is Harvard´s, which are guided by the school´s own students. Harvard is impressive. It´s the oldest university in America and buildings from the 1600s still stand. All of the red brick houses are the freshman´s dorms, which are located at the heart of the campus, and the upper classman stay in one of the twelve houses (yes, just like Harry Potter). Each house has their own color, mascot, name, dorm, and etc. The school got its name-it was called New College-after John Harvard donated land and money to the university. Most of the houses are named after the university´s presidents and the third most famous statue of the US, John Harvard´s, sits in the middle of the campus. Now, the statue isn´t John Harvard, but I guess you will have to go to Harvard to figure that out. The second biggest, private library belongs to Harvard-it was named and built after an alumni student, who traveled the world seeking the rarest books in history, and was coming back in the Titanic in 1912; before he died, he gave to his mother his precious books and later on she contacted Harvard, for she would donate millions of dollars to the school if they built a monument in her son´s honor-plus three conditions. Something that I wasn´t expecting was that 60% of Harvard´s students go the university almost for free, and depending in one´s income it is for free. The condition is, you would need a GPA average of 4.7 and be excellent in something-EASY.

We only went through Plymouth, yet we had the chance to visit a few places: Plimouth Plantation, which is a live museum of the pilgrims that arrived in America mid-17th century; also, we got to check out Mayflower II, not the original one but the most accurate replica there is and it´s a live museum too. After we saw how the pilgrims lived…yeah, I ain´t complaining about my 25-foot RV anymore, it´s awful. Unfortunately, the weather was terrible (which was an unusual thing for October) but there are lots of beaches to visit in the area on sunny days!

I loved Cape Cod, even though it´s a place meant for sunny days. The place really reminded me of home-beaches, white sand dunes, skinny roads, and lots of Brazilians-so I kinda got homesick but it´s just a beautiful place to go. At the very tip of the cape, the Cape Cod National Seashore can be found; additionally, boat tours can take you to Martha´s Vineyard and Nantucket Island and there are lots of whale watching from April-October. Little port towns dot the skinny stretch of land, which are summertime must-gos. 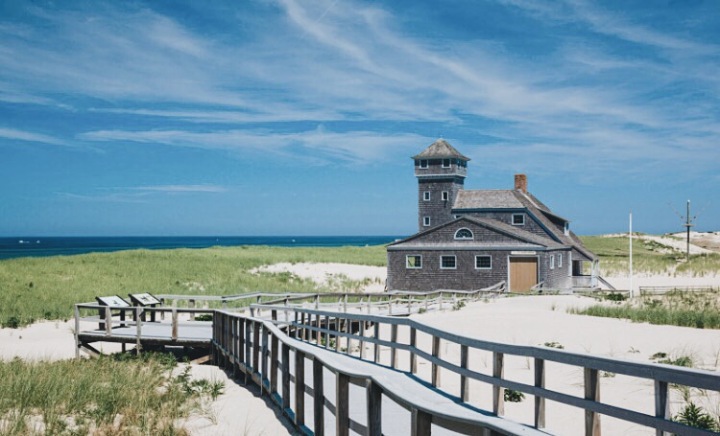 Provincetown-At the very tip of Cape Cod (inside of the Cape Cod National Lakeshore), the town of Provincetown is situated.  The little town is quite charming-made out of artists, history, lots of tiny white houses, and fishing. This is actually where the Pilgrims first arrived-not Plymouth-in 1620 and spent five weeks, after that they sailed to the continent where it was possible to build a community. There are lots of dunes and beach-y getaways-but again, the weather was not in our favor-which is perfect for hot summer days. Also, the Pilgrim Monument, which is the tallest granite structure in the US, is open for tours and is really fun. 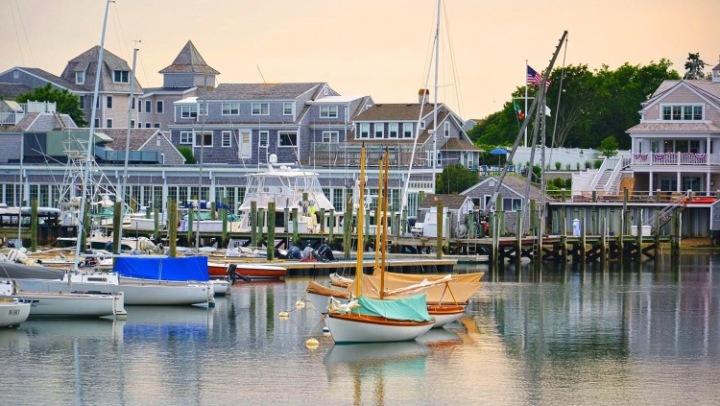 Hyannis-We initially went to Hyannis because it, oddly, had a Brazilian “Churrascaria”; it turns out there is a whole community of Brazilians, which meant….great food and groceries! So we feasted in that tiny town, probably gained a few pounds, but I loved it! So, go to Hyannis to eat at the Churrascaria and at the Pizza Barbone, which is not Brazilian but still good anyways and we also met up with some friends from back home(:

3 thoughts on “Massachusetts-The Spirit of America”