I really enjoyed Michigan! It is a beautiful state, so much history and natural beauty coming together. The state is composed of the U.P. (Upper Peninsula) and “mainland”; surrounded by Lake Superior, Huron, and Michigan. If you enjoy historical sites, museums, big cities, small villages, and water, I would highly recommend a visit to Michigan(:

Our visit to Michigan started up at the U.P, since we drove from Wisconsin, and we eventually made it all the way down to Detroit.

Our first stop in Michigan was the Keweenaw Park, also known as Copper Land. After driving for a long time, we finally decided to spend the night at this random parking lot. On our way to the parking lot we had heard music and chatter nearby, so we went exploring, walking between historical brick buildings and grimy roads. I was quite surprised to see a party going on in this ghost-like-town, where most buildings were closed and very ancient. Rock music was playing, dancing and laughing made me almost forget that I was in the middle of nowhere, and around 10 p.m. fireworks lit up the dark sky.

In the next morning I learned I had spent the night in Calumet, or once called: Red Jacket. We explored the little town: first by going to the city´s visitor center (it became a national park in order to attract tourism back), secondly visiting the numerous museums, and finally to the deepest copper mine in the United States. Calumet was once a wealthy town, home to many immigrants that came to work in the copper industry. The biggest local mine, Quincy, was about 9,000 ft deep and it attracted tens of thousands of newcomers looking for a fresh start in the late 1800s and early 1900s. Quincy no longer operates, but it offers really cool tours: above and below the ground. A guide explained how the machinery worked, and a second guide took us about 300 ft underground for a closer look of how things really were.

Looking for a natural getaway? A place to mellow while surrounded by extravagant natural beauty? Picture Rock National Lakeshore is the right place to go! The park is stunning! Located on Superior Lake, it offers explorers breathtaking landscapes that can be visited by boating or hiking. The imposing coast, unevenly contoured Lake Superior like a framed picture, went on for miles and miles: cliffs, forests and sandy/rocky beaches. 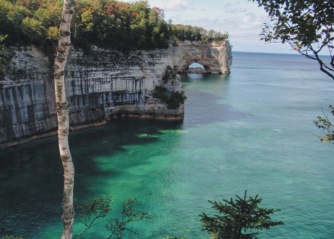 view when kayaking or boating

This 12 mile hike is part of Picture Rock National Lakeshore. It´s absolutely gorgeous! I highly suggest this trail if you are a huge fan of long hikes and white sandy beaches. We started the trail on the right path (apparently it has a better view than the left). I personally thought the trail was quite easy-mostly flat with an easy path, lots of shade and quite empty-but it might have been because I got used to backpacking and hiking in WA State.  The trail ran through a maple and cedar forest; sky-high trees with bright-green leaves extended in every direction. Eventually we made it out of the forest (after we got slightly lost) and arrived at the beginning of a beautiful cliff. The cliff faced a blue endless “sea”, and as the water reached the shallows, a turquoise color formed. The lilting sound of the waves filled the hot day air, and a strip of light yellow sand was trapped between multicolored rocks. Right in front of us the most unusual formation of rock stood and on top of a rock a tree grew. It was a perfect place, not yet disturbed by civilization. We swam and tanned. The trail ascended, taking us deeper into the forest while still edging the cliffs, which only got higher and higher. The disposition of the rocks was to be uneven and full of holes because of the wind and waves constant beating. In the very end there was another beach, but instead of sand a long smooth rock was laid. If you ever plan to hike Mosquito Trail, be sure to not only bring a protein bar and a single water bottle…we walked through most of the trail without any food or water, or cell phones (battery died), or flashlights….so yeah, just a heads up(: 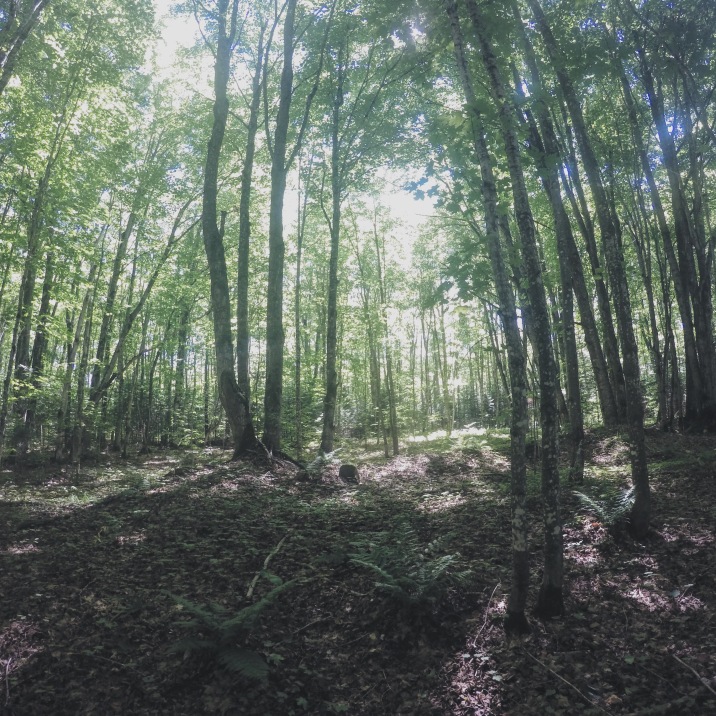 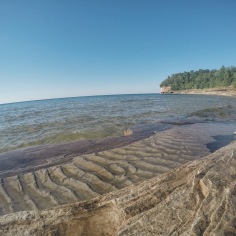 The Sleeping Bear Dunes were so fun!! Make sure to check them out if you visit Michigan. Unfortunately, we only got to spend one day at the park, but it was a blast anyways and there was so much we were able to do with little time. Beside the exotic landscape, it reminded me so much of my own backyard back in Brazil-a huge variety of trees covering the hills like a green tapestry, golden dunes here and there, and lots of water, in this case Lake Michigan but in Brazil the ocean. You are free to explore the dunes by hiking or driving, and there are also beaches to rest and swim at. Since we didn’t have much time, we went to the most popular activities: dune climbing (it may take a few hours), which descended until it touched the lake;  Glen Haven historical town right by Glen Haven Beach, and the beach itself, where we went paddle boarding and snorkeling around a abandoned dock. 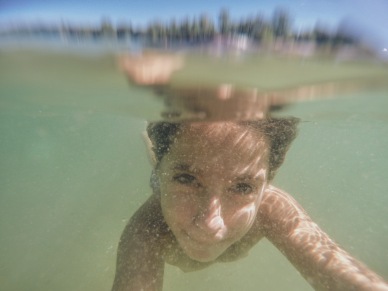 We only spent one day at Grand Rapids, but I thought the city was really nice. Probably one of the biggest cities we visited so far in our trip, along with Minneapolis, and it offered a “faster pace vacation”. Lots of modern blending in with historical buildings; many cafes and restaurants, parks, and old neighborhoods composed the town. We parked in one of the antique neighborhoods, and walked towards downtown. The day was really hot, probably around the 90s, but I just loved it. Large sidewalks contoured the cafes and stores, and tall buildings rose on both sides of the street. Grand Rapids had a mixture of architecture, from Victorian houses to modern glassy buildings. We walked a lot, passing by convention centers, college campuses, and parks until reaching a river. There even was a polish fair with traditional art and food, such as pierogis(best dish ever!). If you are interested in museums, historical houses, and the entertainment a greater city has to offer, I suggest you pay Grand Rapids a visit!

Since it was raining we didn’t visit Detroit, even thought I really wish we had. Once a prosperous city due to the automobilist industries in the beginning of the 20th century, it hosted: Ford, General Motors, Pontiac and Chrysler. Unfortunately the city went bankrupt causing its blight, but now it is coming back. Detroit possesses one of Diego Rivera’s, Frieda Kahlo´s husband, works of art. Having many festivals throughout the year and being quite the artistic town, for numerous art galleries and institutes can be found. Near Detroit, in the suburb of Dearborn, there is the Henry Ford Museum, which exhibits many antique cars. 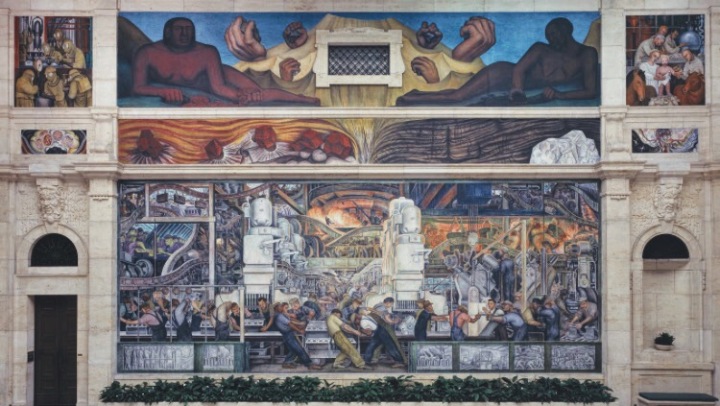